Freshen Up Your Restaurant With Digital Signage 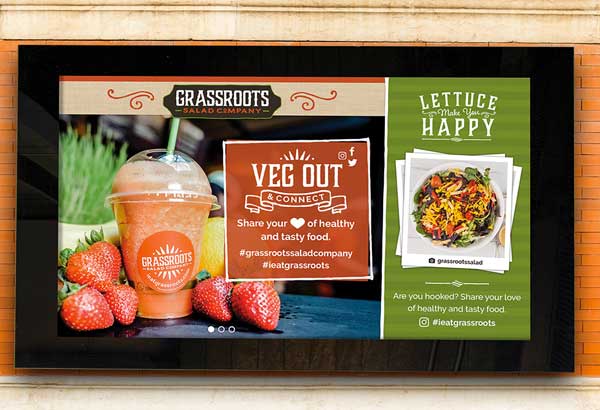 Grassroots Salad Company provides healthy and delicious salads for people on the go. Grassroots approached Graydient because they were planning to open up a location downtown Milwaukee and wanted to leave a lasting impression on their customers with an eye-catching digital sign in their restaurant.

Show Their Deals In An Innovative Way

Stay ‘On Brand’ While Being Cutting Edge

Grassroots Salad company originally approached the Graydient team wanting to explore the digital marketing space in the competitive downtown Milwaukee market. While we would have loved to partner with them to do some digital advertising, our team suggested they approach opening their location in a different way and focus instead on word of mouth and truly grass roots marketing for the official opening. After getting their feet wet in the area, they decided they still wanted a little something to make their restaurant stand out in the digital world.

Our design team created mockups for their team for a digital restaurant sign that could be set up at their newly launched location in Milwaukee. The mockups went through a few rounds of revisions before the Grassroots team was satisfied with the product. Our front-end development team used Bright Signs to create the digital signage solutions for Grass Roots.

"Our team suggested they approach opening their location in a different way and focus instead on word of mouth and truly grass roots marketing."

The development team handled all of the A/V efforts so the Grassroots team could instead focus on running their business. We would love to say launch went smooth, but let’s be real – does it ever?!

With the team still only beginning to learn BrightSign and deploys to the BrightSign network, combined with networking issues within the locale, launch was a little rocky, but ultimately led to a very successful finished product! 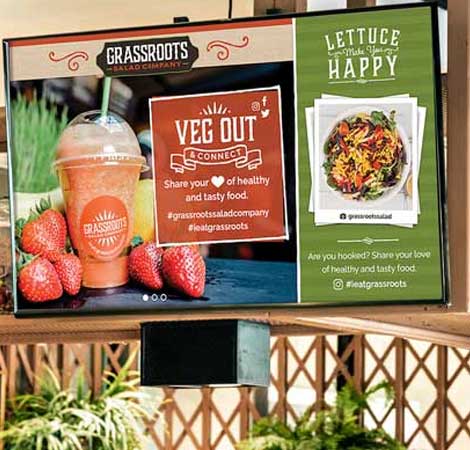 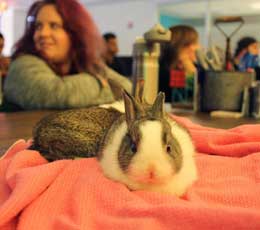 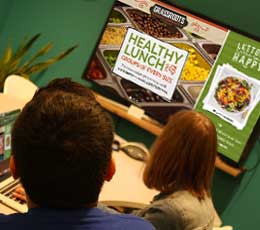 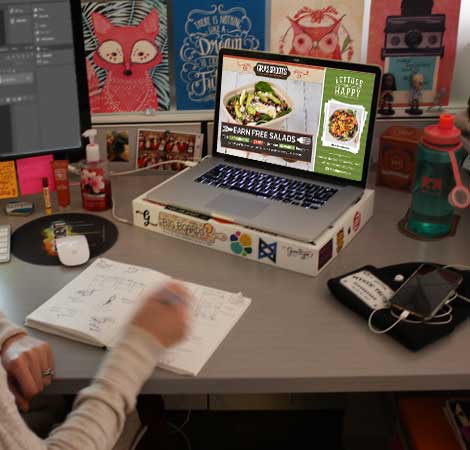 Grassroots Signage On A Laptop 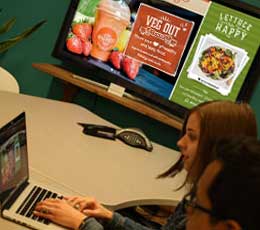 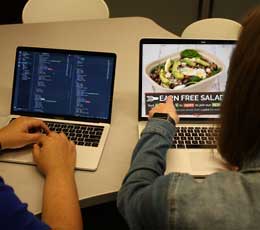 Climb The Mountain With Us

[ We are your personal digital sherpas here to help you ]

Like what you’ve seen and want to work with us? Interested in seeing more samples of our work in a specific service area? Reach out today and let’s become business friends forever!